Hi all, this community looks great.

If anyone could direct me to good tutorials on choosing motors, propellers, a good Arduino setup to start with, etc. Please and thank you!
Top

If anyone could direct me to good tutorials on choosing motors, propellers, a good Arduino setup to start with, etc. Please and thank you!

I don't think any tutorials exist for what you want. The most likely reason for that is probably because there is such a wide array of stuff to choose from. The best I could do for you was come up with this short and broad based overview.

The general rule is small craft like racing quads have ridiculously small and high Kv motors and small props to match (higher Kv equates to more RPM, low Kv numbers turn slower but make better torque.) Things like GPS aren't usually found on these but FPV viewing is used by the quad in the pic as well as most others adding another extra cost onto just the cost of the quad build.

Mid sized craft like my 500 mm photo quad use mid range motors from like 1500 to 850 Kv and 9"-12" props. They are designed to carry go pro cams and things like that, also an added cost beyond the quad build. You need a cam. Then you're going to want a gimbal.....you get the picture (from up in the air that is.) The one pictured below is mine. It has a home made and self designed carbon fiber frame held together with stainless 6-32 cap screws and ESNA locking nuts. It has 980 Kv motors, 10" props, 3S 4000Mah 10c MultiStar battery, foreign made cam gimbal and go pro clone cam, and home made retractable landing gear. I fly it using a Turnigy 9x TX and RX. It has full GPS waypoint nav and I can pre program my flight paths and altitude settings.

Larger octo movie platforms and things like lifters use the largest and slowest spinning props and motors that have enough raw torque to fly these big birds. Most people who build these things spend as much as possible for the best of everything. I haven't heard about a lot of big rigs flying less expensive FCs like multiwii. Most of these people are more willing and probably better off (because they could never get a multiwii to fly, there's just too much to learn for most people with more money than time to learn something like multiwii) buying ten thousand dollar FCs like DJI's high end FCs. As with most things in life, if you want to play big you'll have to pay big. The cost of building one of these monsters can run into the multiple tens of thousands of dollars. The costs beyond the original build for cameras and such can be even more than the build was. 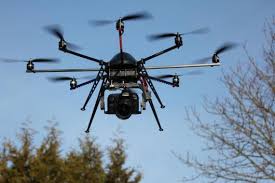 One also must take into consideration the amperage that the motors draw so that the proper battery and ESC's can be matched to the craft as well as the amount of flight time one is wishing to achieve. This is where your engineering education could be put to use.

Once you get the quad built you will want the latest stable version of arduino https://code.google.com/archive/p/multiwii/ (2.4 the 8 bit version), baseflight or cleanflight (ported from multiwii over to 32 bit.) The PID tuning is highly dependent on the flight characteristics of the craft, the balance of the end build, and several other factors. PID tuning is mostly done after the quad is flying and is also highly dependent on the skill of the pilot to detect the sometimes subtle changes from the adjustments.

Unless you have a really big 3D printer (and the Prusa i3 Plus I don't think qualifies as a really big one) you will want to make your frame in sub-assemblies unless you are looking to build a small racing quad. 3D printing plastic has been used to make smaller quads, but the bigger the craft you intend to build, the better off you are switching to another build material like carbon fiber sheets and tubes. The plastic used in 3D printing is not real well suited to the task at hand which really calls for something more rigid than the stuff used for 3D. Vibrations and flexibility are enemies of good flight.
You can save lots of money on your build if you go small, but you will be limited to what the small quads do (mostly racing.) Larger craft like mine wouldn't win any races, but I sure can take some nice AP with it, and it still costs just a smidgen of what a large pro octo would have cost me (my total expenditure was less than $400.00 including my TX) and not much more than what a smaller racing quad would cost. Great big octo's and stuff used in professional filming often requires more than one pilot to keep things flying, but are the most stable platform for getting great video, and also can cost tens of thousands to buy/build.

If you are dead set on only 3D printing stuff for your build, I would stick with the smallest format of quad and go crazy on that. If you want something a little larger, a good approach might be making 3D printed parts that are not involved with holding the motors and that the flight characteristics will not be affected by using. Battery holders, ESC mounts, FC holders, RX holders antenna mounts and other non stress areas could be done in 3D. For the largest platforms only minimal 3D printed plastic parts (if any at all) would be included in one of my builds.

Sellers of FCs will try to sell you whatever they have and will not care what it is going to end up on. It is up to the builder to do the research and get the FC with the features you want on it. For fast little toys like racers, I would go with one of the newer 32 bit FCs that run the Baseflight or Cleanflight firmware. For average sized camera carrying quads like mine and larger craft like octo's I would look for an FC with the most features and sensors. Multiwii Mega boards come to mind and I personally use RTFQ Pro Mega boards. Another popular Mega board is the Crius AIOP. There's probably way more to choose from. The larger mega boards can do multiwii flight modes like RTH, Alt Hold, and GPS waypoint navigation (my favorite part of the platform.) They work real well with 2.4. They can even be used to build an octo with the ability to run 8 motors.
One thing I would avoid at all costs is an older, obsolete FC. They cost the least, but they are obsolete and that's why. If you want any memory to do anything, avoid any FC that has a 328p processor. They really are pretty useless for much more than stick controlled flying. Another road you could go down would be to buy an arduino board (not one with a 328p, but instead go with a 2560 mega here as well) and all your sensors cheap from ebay and build your own FC as well.

One of the most important parts of any successful build is the battery charger you will be using to keep the build in the air. DO NOT SKIMP HERE. Buy the best BALANCE charger you can afford. $8.00 HK chargers will not suffice. Batteries, not crashes, are hands down the most dangerous aspect of RC flight. Improperly charged and handled batteries can burn your freakin house down and kill innocent people, so make sure you learn everything you can about proper use of them and your chosen charger before jumping right in and buying some.

Another added cost that many first time builders neglect to include in planning is the cost of the TX and RX one will be using. For flying multicopters, the more channels the better. Less than six and I wouldn't buy it. There are a few reasonably priced units out there that are good enough to do multicopters. I am partial to the Turnigy 9x due to the 8 channels and low price. The quality of the firmware is a little rough but it works and can be overwritten with some custom firmwares that are available to improve it. I am happy with my bone stock firmware.

If you are totally new to RC flight and have no stick experience, I would recommend at least getting a cheapo RTF quad to learn on. You can pick them up real cheap online and the flight time you put in on it can only help.
Take it from my personal experience....watching your $400.00 quad nosedive into the field is enough to turn your stomach. It happened to me as a complete newbie. If you don't practice first on something cheaper it's gonna crash and you're going to get that sick feeling watching it go down.

If you decide to go with Multiwii the information on the multiwii web page is priceless for beginners. Use this link http://www.multiwii.com/wiki/index.php?title=Main_Page and pay special attention to the Beginners Guide and frequent questions sections.
Last edited by Kbev5709 on Thu Jun 16, 2016 10:11 pm, edited 2 times in total.
Top

I'm not doing this anymore. Seems like the person who posed the original question disappeared and never even read the reply.
Happens too much here for me to waste my time trying to help anymore. Feel free to use this reply in the future as a beginners guide to basic component choices.
Top